Ashlie Andersen (Instructor)- Ashlie Andersen, a Chicago native, received her early dance training from the Academy of Movement and Music in Oak Park under the tutelage of Stephanie Clemens and Valeri Dolgallo. Ashlie graduated from Northern Illinois University with a BFA in dance performance and a Contract Major for management in the arts. At NIU, Ashlie was a Northern Dance Theatre Scholarship recipient and was awarded the Northern Dance Theatre Dance Service Award. Ashlie went on to serve as an intern at Jacob’s Pillow Dance Festival where she had the opportunity to study with dance artists from all over the world. In addition to performing, she has taught around the Chicagoland area for nearly 15 years. She serves as Assistant Director, performer and choreographer for Freespace Dance, and has served as choreographer for musical productions of West Side Story, The Wizard of Oz, Drowsy Chaperone, and Fiddler on the Roof. Her choreography has been seen on ABC Channel 7, Dance Chicago, MOMENTA, and other local Chicagoland events. She has had the pleasure to train, coach and choreograph solos for dancers who have competed and placed regionally in the Youth America Grand Prix. Ashlie was the owner and Artistic Director of State Street Dance Studio where she directed full-length ballets and productions. She had the honor of becoming a member of the Regional Dance America Association. She has also served as the Director of Ballet at A Step Above Dance Academy and has been on the faculty and as a guest instructor for Ballet 5:8 School of the Arts. Ms. Andersen started Fox Valley Ballet, a non-profit, to bring the joy and artistry of professional dance to the Fox Valley region where she is currently the Artistic Director and produces one of the biggest Nutcracker productions in the Chicago-land area, The Fox Valley Nutcracker. Fox Valley Ballet has been providing scholarships in dance to students training vigorously and who are in need financially that she started in 2018. Ashlie has been at DanceQuest as an instructor now for almost 4 years as well as working on the administrative side where she will also be serving as the Communications Manager for GymQuest/DanceQuest. She is very excited to carry on the DanceQuest vision as the new Dance Director and for this new chapter in her life. 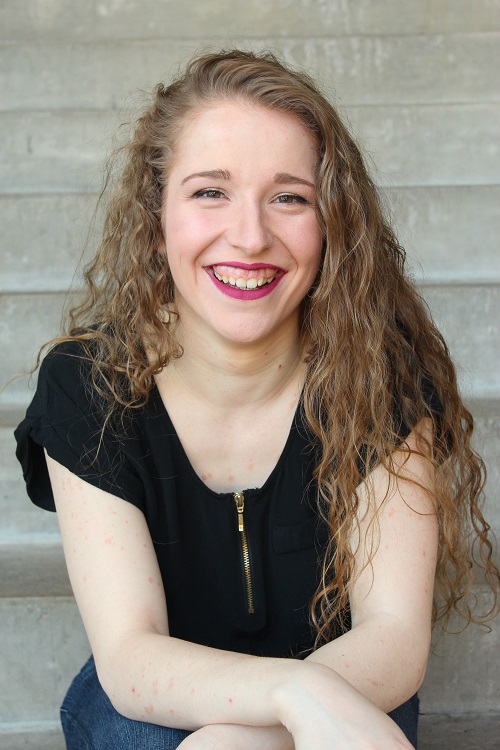 Megan Brady began her dance training at the age of three at Dance Images in Tinley Park, IL. From there, she went on to graduate from the University of Wisconsin - Stevens Point with Bachelor of Arts degrees in Dance and Communications; Media Studies. Megan has trained extensively in ballet, jazz, tap, lyrical/contemporary, modern, and musical theatre. Her dance training at UWSP afforded her the opportunity to study with Joan Karlen, Jeannie Hill, and Michael Estanich. She also has taken classes and workshops from world-class dancers such as Max Pollak, Eddy Ocampo, Mary Price Boday, and Nick Pupillo. In her time at UWSP, she received the Incoming Freshman Theatre Arts Scholarship, the Anne Gilfry Schierl Award for Outstanding Freshman in Dance, and the Katherine Bukolt Memorial Ballet Scholarship. Her choreographic works have been featured in university concerts and her latest performance credits include a new jazz/swing/tap piece, "Swingin' Ella" by Jeannie Hill and a restaging of Michael Estanich's work "Hokkaido Sanctuary, Japan 7:21 a.m.", which was inspired by the works and movement style of Merce Cunningham. Currently, Megan works as a Program Associate at Chicago Human Rhythm Project and the American Rhythm Center, located in downtown Chicago, helping to organize performances and events throughout Chicago that celebrate culture and the history of tap and percussive dance including the Stomping Grounds performance festival and the summer tap festival, Rhythm World. 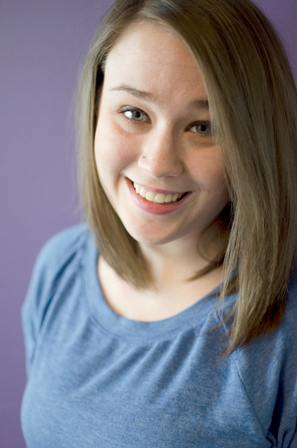 Kate McClelland trained at Dance Dimensions in Bolingbrook where she studied ballet, pointe, jazz, lyrical, hip hop, and tap. She was a member of Kinetic Dance Company for seven years. Kate went on to Western Illinois University where she majored in Sociology and continued her training with a dance minor. She studied ballet, jazz, and modern at Western as well as Dance History, Improvisation, and Dance Composition. Kate enjoyed performing as a member of University Dance Theatre as well as choreograph. She attended the American College Dance Festival each year. Kate also served as a teaching assisting for Modern at Western under the direction of Candace Winters-March. Kate's fun-loving spirit and friendly personality paired with her dance knowledge makes her a great addition to the DanceQuest staff! 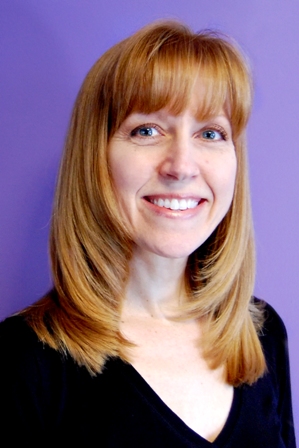 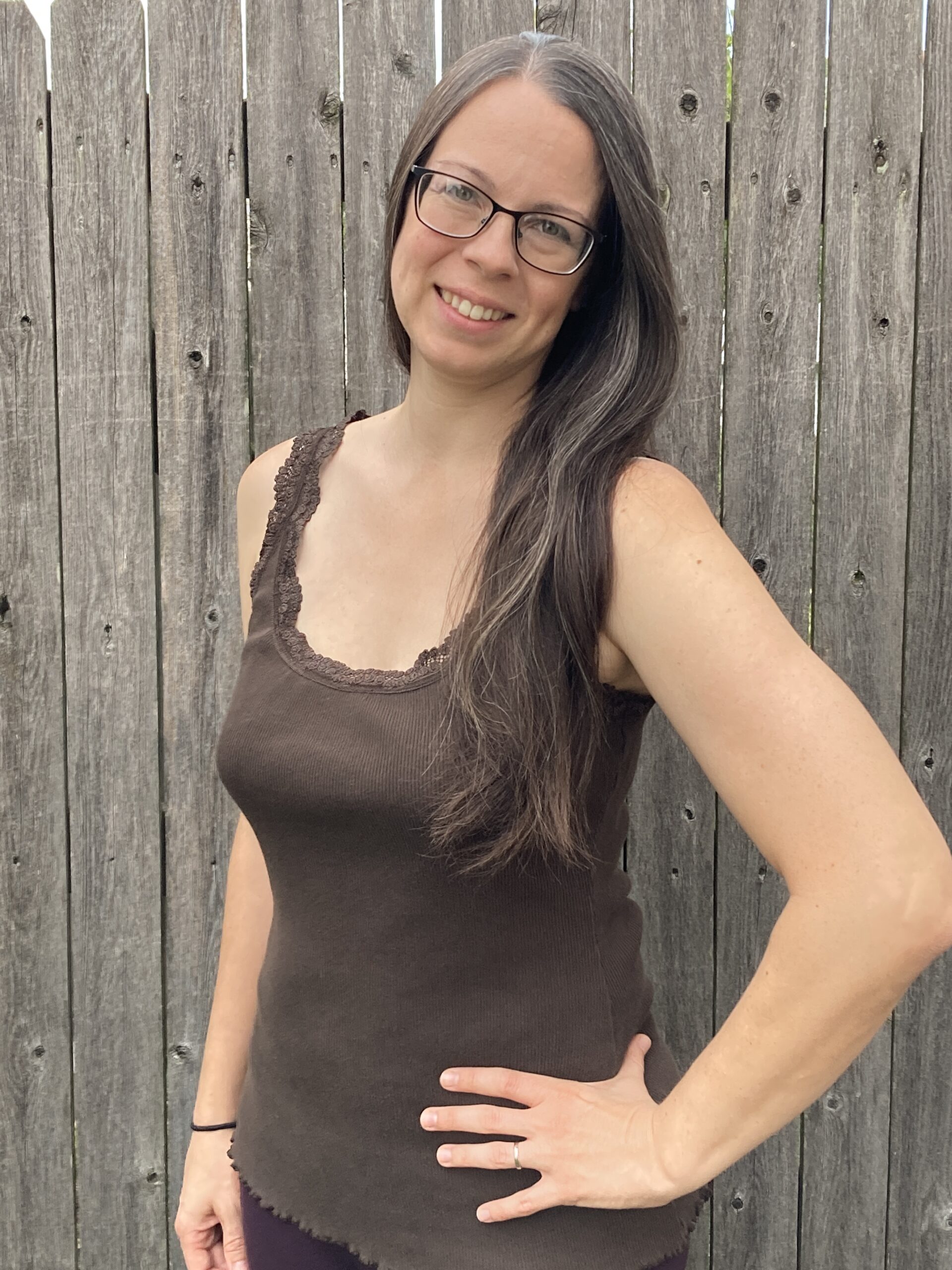 The daughter of a dancer and choreographer, Elise grew up in a theater setting. Beginning dance at the age of 3, she studied at various dance schools in the Chicago area. At age 11, she began training with the Salt Creek Ballet where she advanced to the company and went on to become a dance instructor. During that time, she was fortunate to work with artistic directors Patricia Sigurdson and later Sergey Kozadeyev and Zhanna Dubrovskaya. These directors, along with the teaching staff at SCB and other schools, solidified her background in the Vaganova method and exposed her to modern, jazz, tap, character, pantomime, musical theater, contemporary styles, and ballroom. In 2001, she was awarded a scholarship from the Palos Park Fine Arts Association which was, in turn, used towards attending classes and workshops at the Chicago Human Rhythm Project where she danced with tap dance legends. Her love of teaching has continued to grow over the past 15 years, and she has been fortunate to see many of her students excel from ages 3 through high school and even some pursue a dance major or professional career in dance. She has danced and choreographed for several ballets and musicals including favorites: Paquita, La Sylphide, Coppelia, Joseph, Anything Goes, and Once Upon This Island. Following in the footsteps of her mother, her passion has always been choreographing story ballets for children’s theater. Outside of dance, Elise pursued a college degree, and then later went on to become a licensed massage therapist. She will always thank Jane Bukowski and Ann Pifko for inspiring and guiding her to pursue her love of dance. 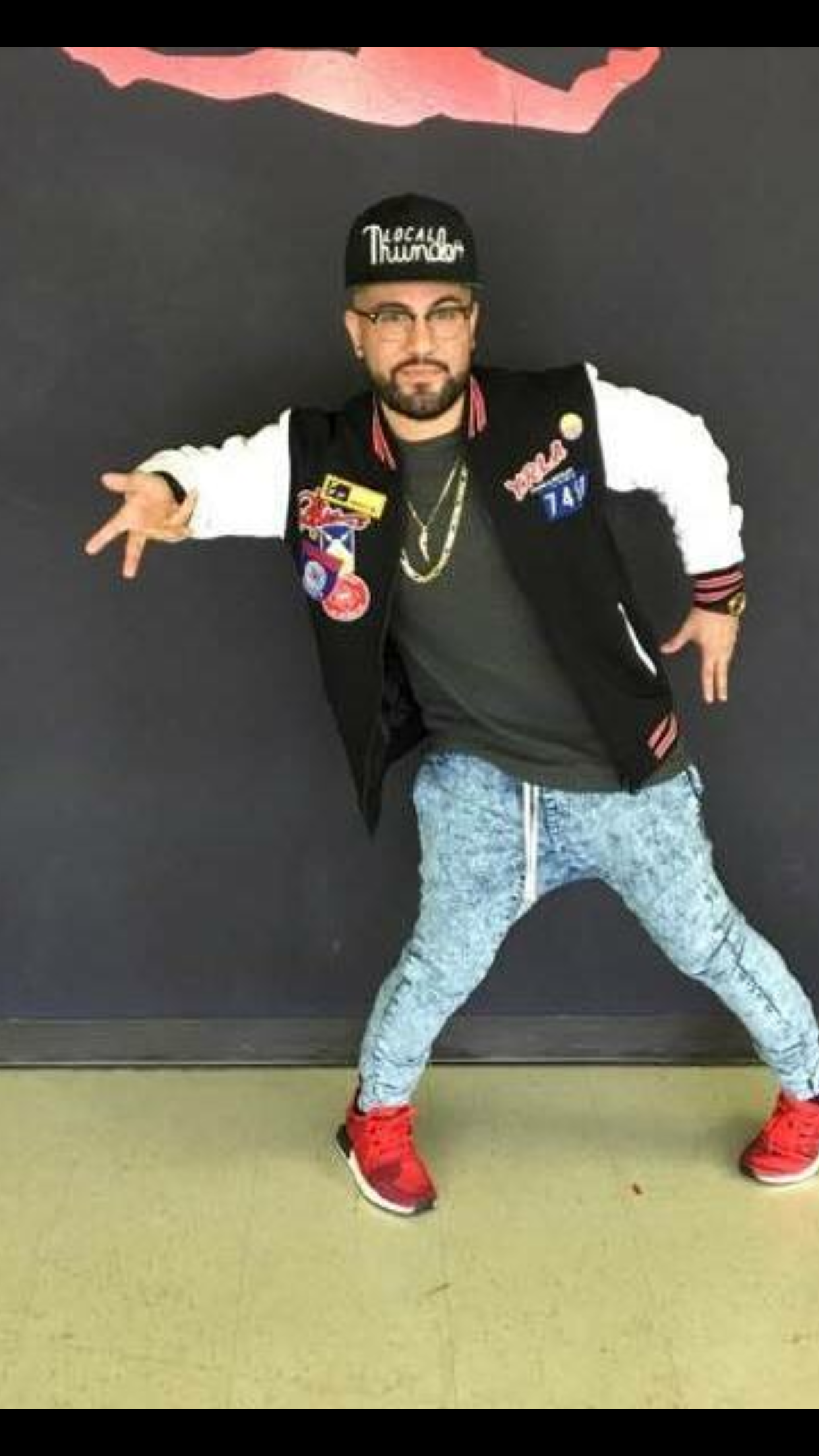 Laura Willis was born in Atlanta, Georgia, and raised in Ontario, Canada. She has trained at the Joffrey Academy of Dance, Pittsburgh Ballet Theatre School, Boston Ballet School, and has an extensive background in the Royal Academy of Dance syllabus. Laura currently performs with Chicago-based touring company Ballet 5:8, where she has been dancing professionally for the past three seasons. Laura has been teaching ballet, contemporary, conditioning, and pre-pointe/pointe classes for children, teens, and adults in the Chicago area for three years. She is very excited to join the staff at DanceQuest! 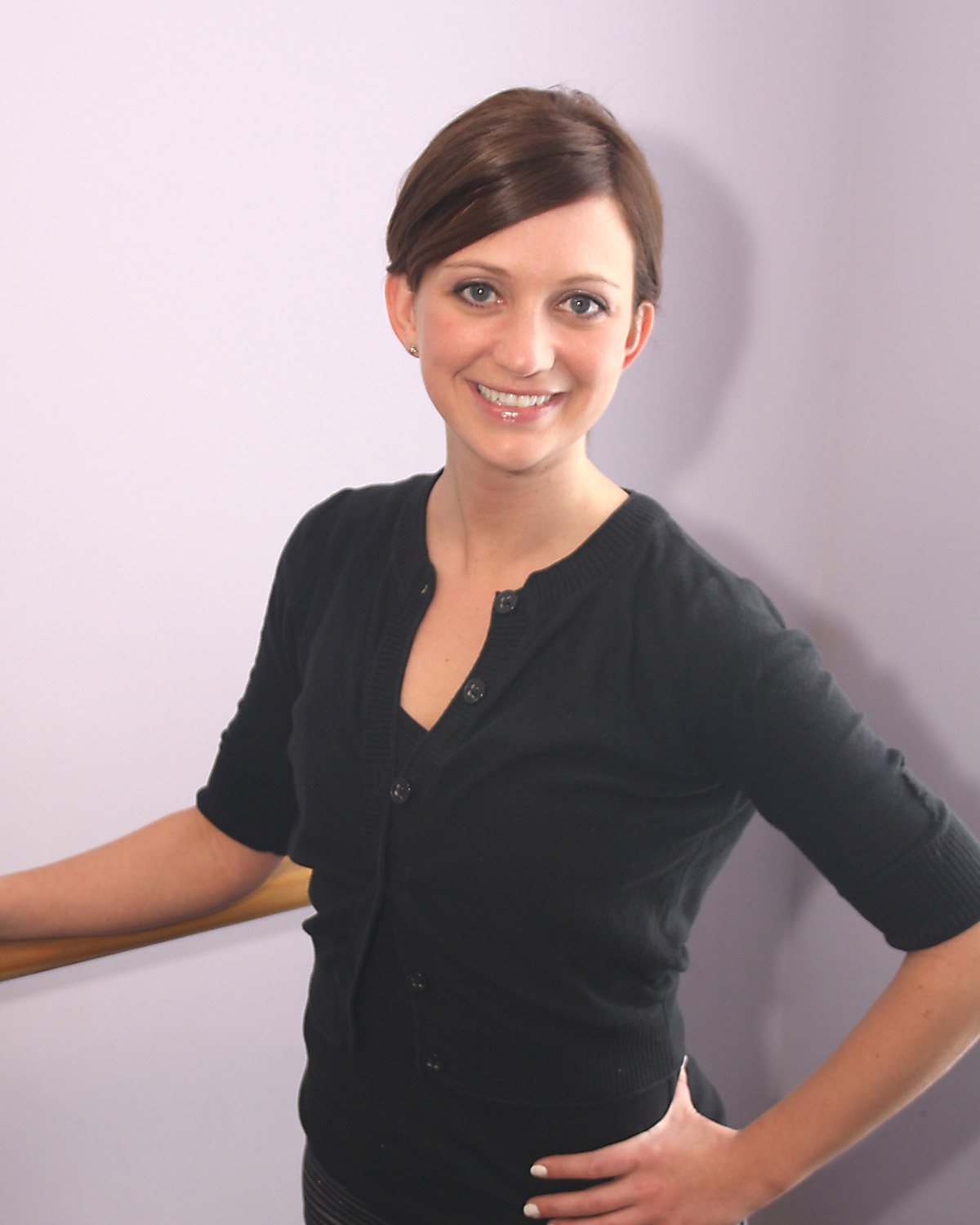 Miss Emily has studied ballet, pointe, jazz, tap, hip hop, lyrical, and modern dance at various studios growing up such as Moves, Salt Creek Ballet, Lou Conte Dance Studio, and Bryant Ballet as well as summer intensives including Jazzart, River North Dance Company, and Melissa Thodos Dance. During that time she trained under many well-renowned instructors including: Melissa Thodos, Homer Bryant, Frank Chavez, Terry Fox, Kim Farrah, Paula Frasz, Maureen Kilmer, Van Collins. She obtained a Bachelor of Fine Arts in dance performance from Arizona State University where she studied modern, ballet, pointe, and jazz. She has performed with the Concert Dance Company, DART (Dance Arizona Repertory Theatre), and Rasa Dance Chicago. During her time with Rasa Dance Chicago she performed in productions at the Ruth Page Theatre (Chicago), Vittum Theatre (Chicago), Arcada Theatre (St. Charles), and multiple times in Dance Chicago at the Athenaeum Theatre (Chicago). Since 2001 she has taught at multiple dance studios in the Chicagoland area including Love to Dance (Aurora), Moves Dance Studio (North Aurora), State Street Dance Studio (Geneva) as well as College of DuPage. Miss Emily was the Performing Arts Director at the Fox Valley Family YMCA before leaving to form DanceQuest. She created the DanceQuest program and served as it's director from its inception in 2006 and through July of 2020.